Neuroprotection refers to a preservation of the nervous system and delay of neuron death after an injury, neurodegenerative disease, or chronic stress to the nervous system. For individuals and their families, neuroprotection means a longer period of better quality of life. For clinicians, it means a maintenance of function of the brain, spinal cord and peripheral nerves, and a delay of disease milestones, such as forgetfulness, depression, falling, seizures or dementia.

Researchers are looking for ways to protect the body after sudden events like a stroke or other traumatic injuries to the brain or spinal cord, and to help people with progressive conditions that affect the nervous system, such as chronic traumatic encephalopathy (CTE), Parkinson’s disease, epilepsy, multiple sclerosis (MS), concussions, dementia/Alzheimer’s, and Lou Gehrig’s disease, or amyotrophic lateral sclerosis (ALS).

Traditionally, neuroprotectors have not been known reverse existing damage; they are known to protect against further nerve damage and slow down degeneration of the central nervous system (CNS). Scientists are constantly investigating a variety of treatments, some of which are already in use today. Because inflammation and degeneration appear to be common underlying threads across all neurologic conditions, neuroprotective therapies often help with many different diagnoses.

What causes neuron dysregulation or damage?

Every person with neurologic conditions will have different symptoms, timelines, and experiences of their diagnosis, but the processes by which neurons, or nerve cells, die are often similar.

Scientists currently believe that these processes include:

Certain chemical reactions in the body produce waste substances called free radicals. When these electrically-charged particles interact over time, they can cause cell damage, called oxidative stress. While the body tries to remove unwanted free radicals and prevent them from over-reacting, the body may not always be able to remove them all. In the brain, oxidative stress has been linked to an increased risk of epilepsy, dementia/Alzheimer’s, and Parkinson’s disease.

Mitochondria are specialized structures within cells that generate energy.

Scientists have linked problems with the mitochondrial function in nerve cells to depression, MS, ALS, Alzheimer’s, Parkinson’s, and others.

Nerve cells can die in the brain if they become overactivated. Glutamate, an important brain chemical, excites the interaction between nerve cells and enables communication between nerve cells, i.e. neurotransmission. However, overstimulation of nerves by nerve impulses can result in damage or loss of function; i.e. too much glutamate can be a bad thing. This ‘excitotoxicity’ is a major component of nerve damage from a stroke.

Inflammation is a crucial part of the body’s immune response. It can occur anywhere in the body when the immune system reacts to a foreign organism or infection. It can also occur after cell damage or injury as the body tries to repair itself. However, when prolonged inflammation occurs in the brain or CNS, it results in the death of neurons. Neurologic inflammation is part of the cause of Alzheimer’s, Parkinson’s, as well as infections of the brain and the CNS.

The buildup of iron in the brain may also play a role in neurodegenerative diseases such as Alzheimer’s, Parkinson’s, and ALS, perhaps through the cycles of excitotoxicity and cell death. Researchers are looking for substances that can remove excess iron from the brain and restore balance and neuroprotection.

In dementia, certain proteins tend to accumulate in the brain. Researchers have found high levels of a protein called tumor necrosis factor (TNF) in individuals with various degenerative conditions, such as Alzheimer’s, Parkinson’s, and ALS. There appears to be a link between high levels of TNF, excitotoxicity, and high levels of glutamate.

What can neuroprotective agents do to combat this?

Anti-oxidants convert damaged and disease-causing unstable free radical cells into molecules that are more stable and easier for the body to manage. While they are naturally present in your body, higher quantities may be necessary, and this can be found in plant-based foods, supplements, and injections or infusions.

Glutathione is an antioxidant produced in cells, and can be given intravenously, topically, orally and as an inhalant. It helps raise antioxidant levels and stave off the impact of oxidative stress.

Vitamin E is another antioxidant which is particularly promising in shielding the brain from free radical damage and reducing the development of white matter lesions that have been linked to stroke, Alzheimer’s and Parkinson’s. Vitamin E can be found in nuts, seeds, oils, and leafy greens. Vitamin C is found in broccoli cantaloupe, kale, papaya, oranges, red and yellow peppers, sweet potatoes, and other fruits and vegetables. It is also available in an intravenous or oral supplement form. It is important to talk to a medical provider before using any herbal products, over-the-counter medications, or supplements. Many products can interact with other medicines to produce unwanted side effects.

Nicotinamide adenine dinucleotide (NAD+) is a coenzyme that is involved in the powerhouse of every cell, reducing oxidative stress and generating energy and maintaining functionality. NAD+ levels decline during the aging process as well as during inflammatory and degenerative disorders. NAD+ may be an Achilles’ heel, causing defects in brain and nerve cells and resulting in loss of optimal brain function. Restoring NAD+ levels, through intravenous infusions of NAD+, for example, can counteract many of the underlying causes of neurodegeneration and dramatically ameliorate the functional defects of neurodegenerative diseases.

Anti-excitotoxic agents may help manage involuntary movements. Glutamate is an excitatory neurotransmitter. It is necessary for normal nerve cell function, but too much may be harmful.

Stopping glutamate from reaching some cells by blocking glutamate receptors, for example, may overstimulation and degeneration. Amantadine, one prescription medication option for Parkinson’s, may help reduce Parkinson’s-related dyskinesia, or involuntary movements.

It seems to work by changing the interaction between glutamate and other brain chemicals. However, side effects including hallucinations, blurred vision, confusion, and swelling of the feet can occur.

Apoptosis, or programmed cell death, refers to the natural death of cells as the body ages and grows. Scientists have suggested that anti-apoptotic agents might slow this process in neurons. Researchers are finding peptide-based therapies that may prevent neuronal loss in head injuries and stroke, providing therapeutic potential for both acute and chronic neurodegenerative conditions.

Research is ongoing as to how scientists might use stem cell technology to regenerate body cells, including nerve cells. Stem cell exosomes are small extracellular vesicles released by all cells to communicate to nearby cells. They are administered in intrathecal, intravenous and inhalant routes to combat inflammation in the brain, spinal cord, and all throughout the body. Their effect is notable for the mediation of inflammation and immune responses, reducing the toxic inflammation in neurodegenerative diseases. They are suggested as an effective neurotrophic factor, by increasing neurogenesis (growth of new neurons), synaptogenesis (enhancement of nerve to nerve communication) and angiogenesis (growth of new blood vessels to bring oxygen to the brain). Studies have shown that exosomes, from stem cells of umbilical cord blood, can regenerate cells that have undergone MS-related damage.

Neurofeedback is guided exercise for the brain. Neurofeedback, also known as EEG Biofeedback, is a learning modality designed to retrain dysregulated brainwave patterns. In doing so, the brain becomes more stable and is able to operate optimally and efficiently. It is completely noninvasive and is considered by the Food and Drug Administration (FDA) to be safe. In fact, the FDA recognizes that neurofeedback has NEVER produced a serious side effect since it was first discovered over 60 years ago. Peer reviewed, published research has demonstrated its efficacy in managing many neurodegenerative conditions such as Post-Stroke Syndrome, Chronic Traumatic Encephalopathy, Traumatic Brain Injury, Dementia and others.

The blood-brain barrier prevents infections and viruses from entering the brain, but it can also stop some treatments from reaching the brain via traditional routes of administration. This makes it hard to deliver a treatment directly to the brain. Gene therapy, which involves identifying and replacing a disease-causing gene, could solve this problem. However, as with many neuroprotective agents, research has not yet confirmed that gene therapy is consistently effective.

The Central Nervous System is the most complicated structure in the Universe. Central nervous system dysfunction and degeneration are complex problems. Complex problems require complex solutions – there is no simplistic solution to addressing dysregulated brainwave and nervous system patterns. Dementia, MS, CTE, Strokes, TBIs, SCIs, ALS, Insomnia and even Chronic Stress are all conditions that can dramatically alter one’s quality of life. Fortunately, research is rapidly progressing, not only about what is actually happening in neurodegenerative conditions, but also about how to restore and optimize the functionality of the nervous system. Scientists hope that their research may lead to some cures in the future. For now, however, many of the above therapies can be safely administered as non-harmful interventions that can lead individuals down the path of not just neuroprotection, but even neuroregeneration.

This website uses cookies to improve your experience while you navigate through the website. Out of these, the cookies that are categorized as necessary are stored on your browser as they are essential for the working of basic functionalities of the website. We also use third-party cookies that help us analyze and understand how you use this website. These cookies will be stored in your browser only with your consent. You also have the option to opt-out of these cookies. But opting out of some of these cookies may affect your browsing experience.
Necessary Always Enabled
Necessary cookies are absolutely essential for the website to function properly. This category only includes cookies that ensures basic functionalities and security features of the website. These cookies do not store any personal information.
Non-necessary
Any cookies that may not be particularly necessary for the website to function and is used specifically to collect user personal data via analytics, ads, other embedded contents are termed as non-necessary cookies. It is mandatory to procure user consent prior to running these cookies on your website.
SAVE & ACCEPT 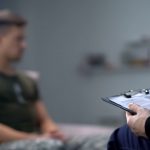